Holy crap, people — can we knock off this nonsense, once and for all?!!! 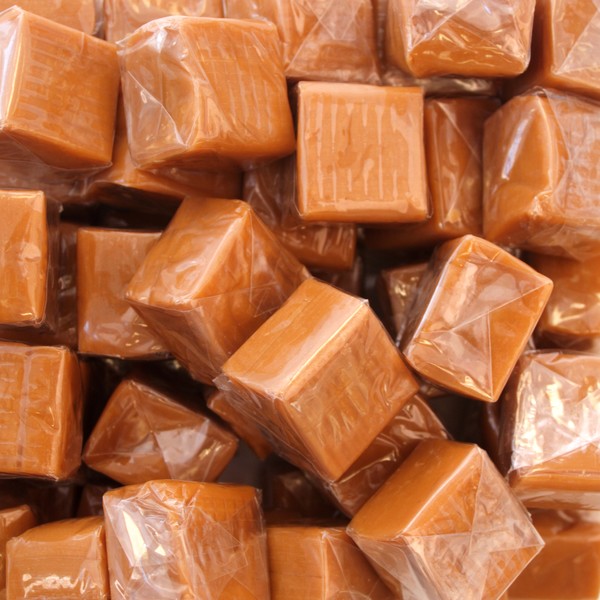 It’s three flippin’ syllables.  If you keep forgetting the “a” in the middle, just remember the candy bar.  Car-a-mel-lo.

Now get it right.

Okay, pretend you’re going to see a movie that you know nothing about.  Which of these films/shows would you rather go see?…

A good title is half the battle.   It can help sells tickets… or even your screenplay!

Also, you may have noticed that the stronger title is usually the shorter title.  “Stagecoach” “Halloween”  “Chaplin”  “Gladiator”  “Armageddon”  “Eeegah!”  (OK, rotten film; great title.)  Naturally, that’s not a hard and fast rule.  Hit movies can have massive titles:  “Harold and Kumar Go to White Castle”  “Fast Times at Ridgemont High”  “How to Succeed at Business Without Really Trying”  “The Incredibly Strange Creatures Who Stopped Living and Became Mixed-Up Zombies!!?” (Um… let’s forget that one.)

The key is to make your title as tasty as possible.

CATCHY TITLES:  The title should pull us in by:

DIFFICULT TITLES:  Naturally the posters, billboards, and endless TV ads will connect the title with an idea, but imagi

ne for a second that you don’t have a large advertising budget.  The title now becomes all the more important in getting your point across.  Some “uninformative,” non-tasty titles are:

SIDE NOTE:  It’s great when you can “brand” your movie, so all you have to say is “Star Wars,” and the people come running.  But think about “The Pink Panther” brand – the Pink Panther only appeared in one movie – the first.  Remember, it was a flaw in a large diamond that looked like a pink panther.  The diamond never showed up again in the series (to the best of my recollection).  However, the pink cartoon character went on to symbolize the entire inspector Clouseau series, spilling over in its own successful cartoon series!  It’s odd isn’t?  That’s like naming the James Bond series after the first film, Dr. No.  “Dr. No Attacks Fort Knox”   “Doctors Are Forever” and  “Thunder No.”  Weird.

Okay, we’ve looked at standard movie titles up ’til now.  But if you’re a cartoon writer or a sitcom writer or any kind of “amusing article” author, you’re going to have to come up with some mucho-ha-ha titles.  So let’s look at some ways to concoct humorous monikers.  Funny titles can be broken down into:

Comedy titles are fun to come up with, and I have several little tricks to help you.

The goal here is to take a familiar phrase or title, then start picking apart the key words and playing with them.  As an example let’s use the song title, “Take Me Out to the Ball Game.”

Take Me Out to the Ball Gams

And we’ll finish up with “Game”:   Take Me Out of the Ball Game.  …the Ball Dame …the Hall of Shame…

[NOTE:  To make sure you don’t miss any rhymes, it’s helpful to run the consonant alphabet in your brain. B,BL,BR,C,CL,CR,D,DR,F,FL,FR…. etc.  (You’ll find this becomes easier with practice.)]

As you’ve probably realized by now, there are umpteen other permutations.

As you can see, this simple song lyric (since it is well known… at least to baseball countries) can yield a plethora of funny titles for a wide array of topics.  This trick of rhyming or twisting a popular phrase or movie title is especially handy when doing episodic work.  Remember, a catchy title can be half the sale of an idea (because when you’re throwing premises at a story editor, you’re not getting paid!  So make your ideas as tasty as possible.)  From my own experience I’ve sold premises to the animated series Free Willy with “Live and Let Dive,” to ARCHIE’S WEIRD MYSTERIES with “The Extra-terror-estrial,” and to GOOF TROOP with “Have Yourself a Goofy Little Christmas.”  In fact, just this week I wrote a premise about a large anthropomorphic bird who’s a film critic.  So I borrowed from Jack Higgins war novel to create: “The Eagle Has Panned It.”

You probably found this location after being directed here from my website.  So welcome!

The following blogs are a series of articles about writing, specifically screenwriting.  Because the bulk of my career has been in the animation business, my comments have a natural tendency to focus on that type of writing.  But the tips and observations posted here should be of interest to anyone who works with words for a living.  Enjoy!