Into the Wayback Machine! Here’s another wonderful Earl Christy portrait on the cover.

Holy Christmas! Does this psychologist understand the Entertainment Business at all?!? The reason that “every conceivable obstacle is portrayed and solved, simply and successfully”is because a writer concocted that obstacle and that solution. It’s not how real life works! 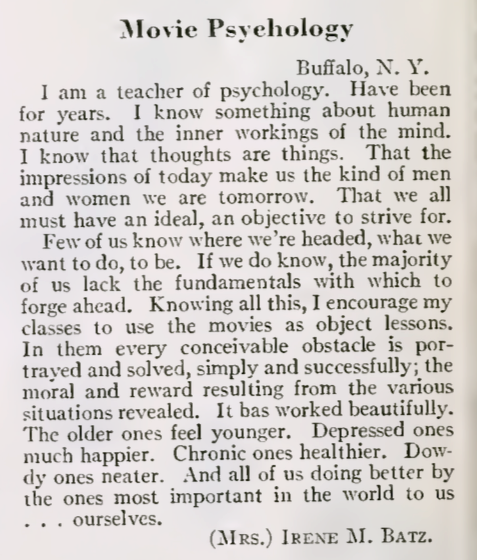 Another painful lesson in writing:

“Odorono”?! Someone stayed up all night thinkin’ up THAT name. 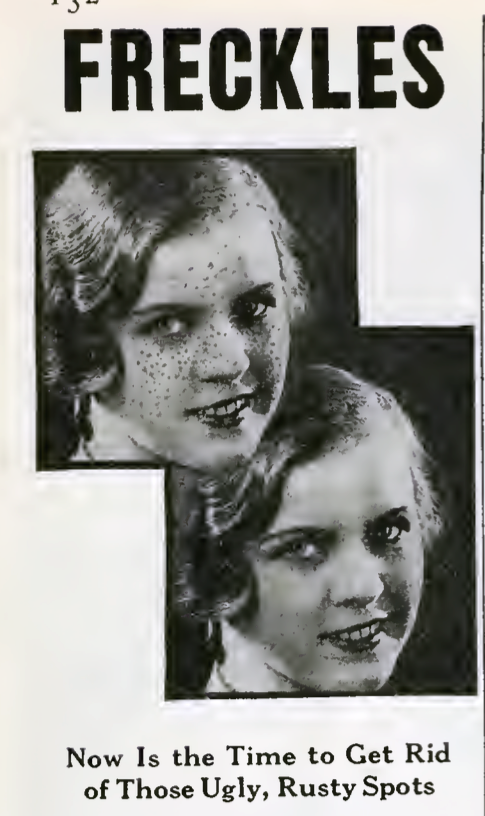 Rusty spots?! What is she  – the Tin Man’s wife? Also, I have a sneaking suspicion  that someone dotted the “before” picture with a pencil. What say you?

And this is my favorite. “Getting fat will make you unattractive. Get lung cancer instead!” Check it out. See the resemblance?! 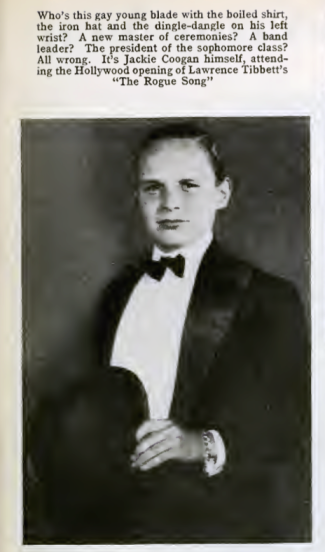 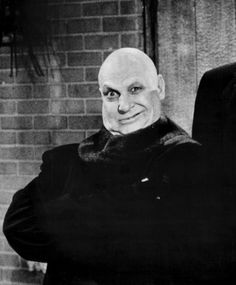 To close, here’s an insider joke. Seems they’ve been making fun of studio execs for 86 years!

Here we go again – 86 years into the Hollywood past!

I’m not a Joan Crawford fan, but this is a nice cover.

Not only were silent films being phased out, but color was creeping into the mainstay. 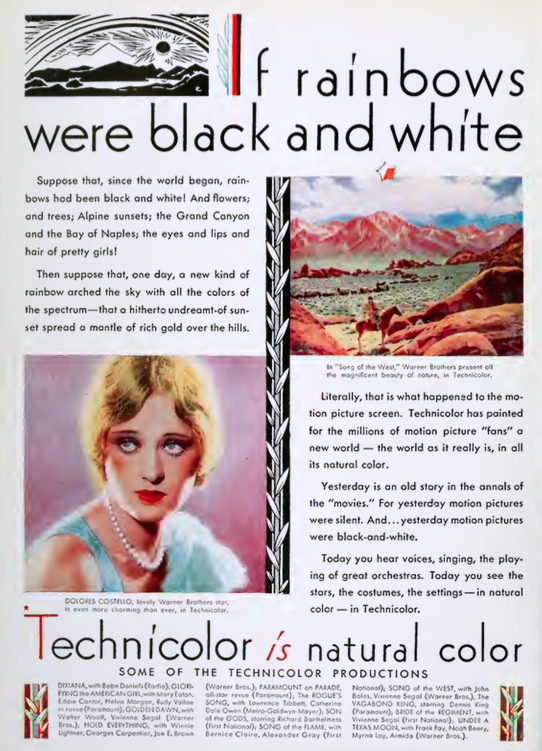 Couldn’t tell you who Lawrence Tibet was, but was surprised to see Mr. Laurel and Mr. Hardy in this ad. Also, directed by Lionel Barrymore. Anyone ever seen this? 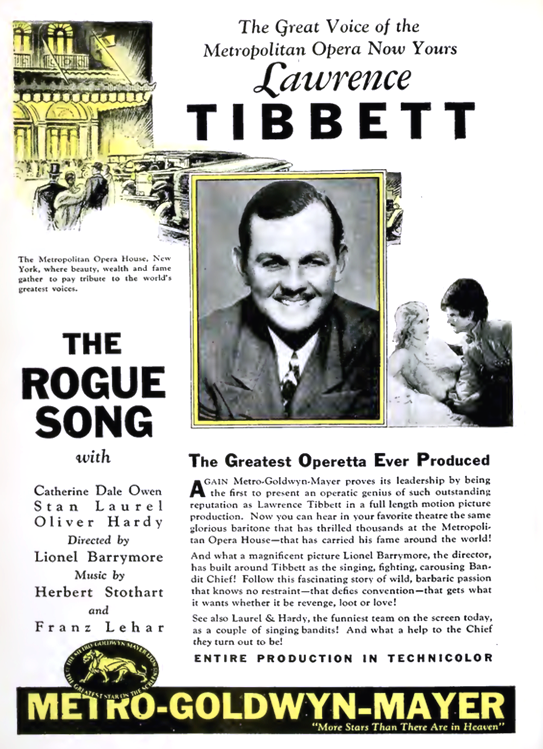 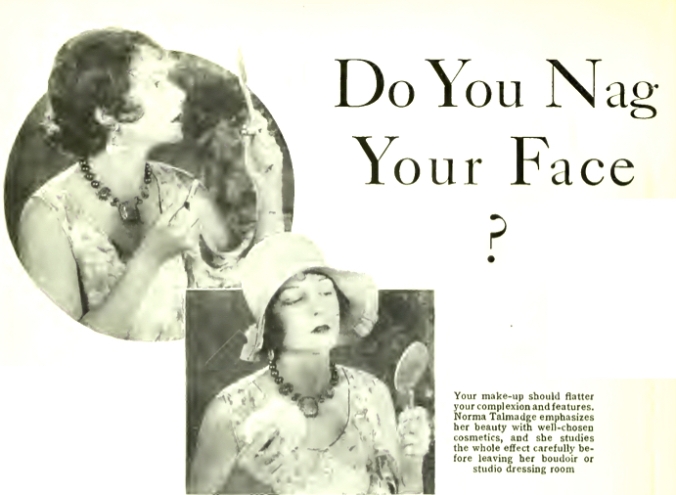 Check out this young pretty-boy. Edwina Booth was an American actress. She is best known for the 1931 film Trader Horn, during the filming of which she contracted an illness which effectively ruined her movie career. Here be the story:

No matter how fancy the art or the ad layout… your product is still called “Spud.” 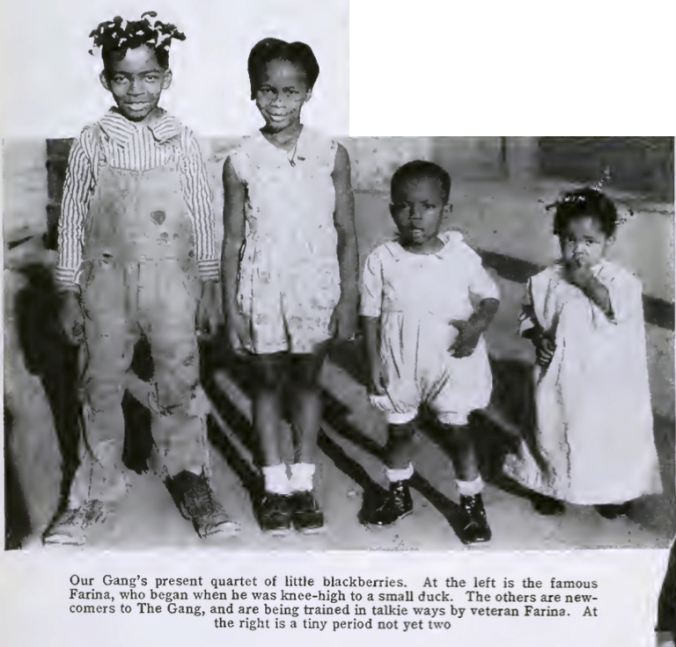 Here are some new Hollywood faces. Jack Benny (spent over 60 years in the Biz) and William Boyd (who managed to do more than just two seasons – he was Hopalong Cassidy for two decades!)

Anyone know which Chase film this is? 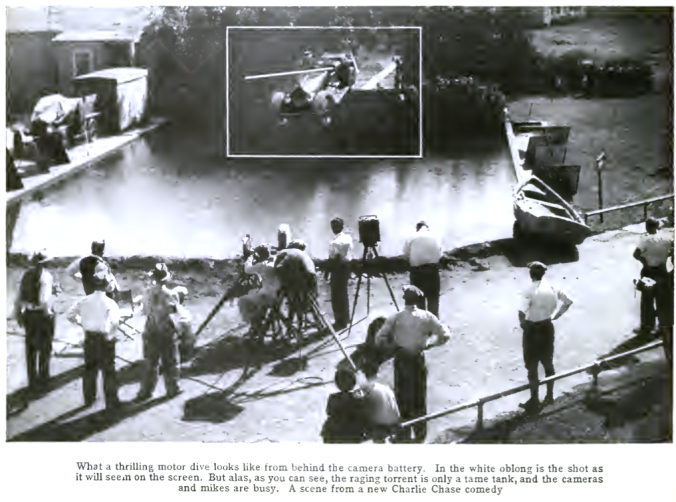 And finally the SECOND weirdest question in this issue:

See ya next month!

Here  are some clippings from Photoplay- 86 years ago! Talkartoons… what a terrible name! Still, they were a laugh a second.

What a weird, exciting time this must have been when sound was just entering the film business. Movies were advertised as Silent, All Talkie, or Part Talkie. (Part Talkie?… Like only every other word?)

Local boy makes good. Santa Clarita’s own William S. Hart! (The only talkie he ever shot was an introduction to “Tumbleweeds.”)

A film can cost a million dollars?!?!  What’s the world coming to?! 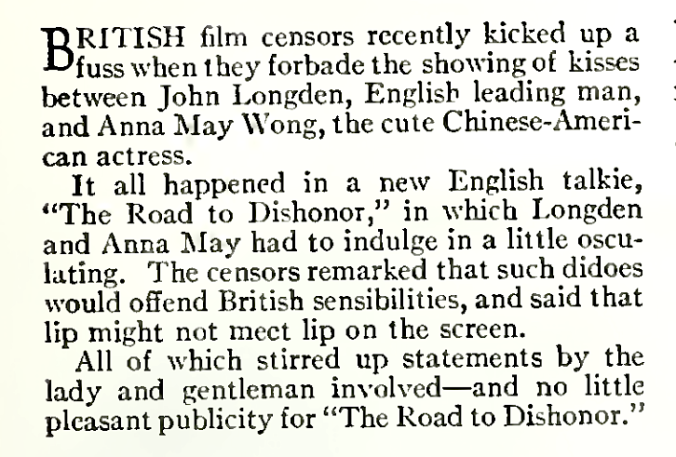 “Artists Earn More”  (More than who?)

Did you know that Dr. Frankenstein’s wife was Fannie Brice’s sister-in-law?

One half of the Wheeler and Woolsey comedy team.

See you next month!

I was looking through an old Photoplay magazine from 86 years ago, and I discovered several tidbits that I thought would be fun to share.

The first thing to remember is that there is nothing new under the sun. For example, take a look at this movie title.

Before Basil Rathbone played the illustrious Sherlock Holmes in  14 films, several other actors portrayed the famous detective. Like Clive Brook. (Who?)

So what was Rathbone doing until Fox hired him to play Holmes in 1939? Well, he played another private detective Philo Vance!

Sax Rohmer’s master villain Fu Manchu would be played by hot horror star Boris Karloff in 1932, but until then Warner Oland (who also played Asian detective Charlie Chan) donned the make-up in 1929 and 1930.

“Oriental deviltry” I tell you!

Speaking of horror stars, here’s what Lon Chaney Sr. was up to…

They’re probably talking about “Thunder,” After that film he made his first and only talkie – “The Unholy Three,” his last film before succumbing to a throat hemorrhage weeks later. Under the heading of New Year’s Resolutions, some wit wrote this for Mr. Chaney. 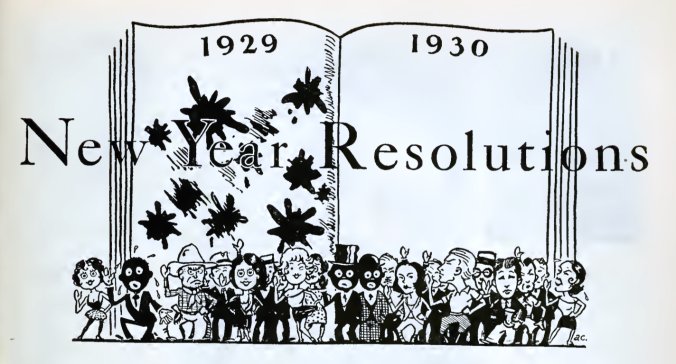 More on the horror front: Helen Chandler was let go by Fox studios.

Poor dear. What will Helen do? Oh, she’ll just wander over to Universal and star in one of the most iconic horror films of all time – DRACULA!   Plus, she did this ad for Lux soap. 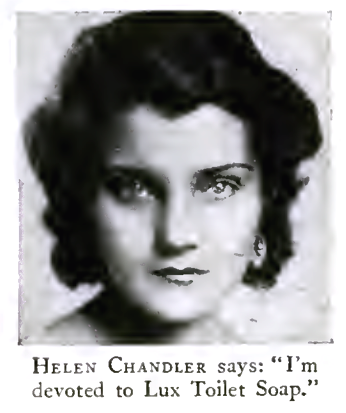 Speaking of Universal, they didn’t release their classic horror films Dracula and Frankenstein until 1931. But you can see the Laemmles are already gearing up for that genre in Jan  1930.

In 1940, Cliff “Ukelele Ike” Edwards would star as the beloved Jiminy Cricket in Disney’s PINOCCHIO. But a decade earlier, he was just an up’n’comer.

One of the greatest losses to Hollywood history.

A bit of nostalgia. Here’s what it cost for a fancy night out on the town!

This article caught my eye, because I live in William S. Hart’s neighborhood. It’s nice to see he was level-headed with his child-rearing. 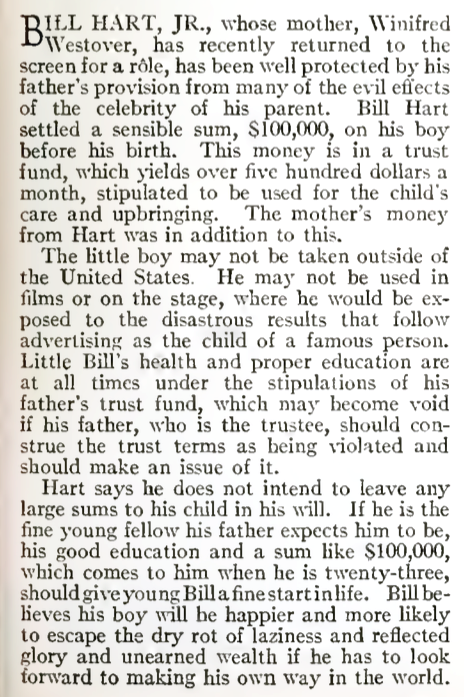 And now for you creative types!

Photoplay even has gags you can steal!!!

And that’s about it. But let me leave you with a lovely piece of ad artwork.